I'm a member of the National Association of Photoshop Professionals (NAPP).  I was surprised to receive an email yesterday morning from the NAPP saying that my photo Magic was chosen as the Image of the Week.  It depicts a Mayan Indian woman performing an arcane ritual in Chichicastenango, Guatemala.  She is surrounded by misty, white smoke from others also performing magic rituals on the steps of the cathedral only a few feet away.  Chichicastenango is indeed a very mysterious place and avery special place for photographers. 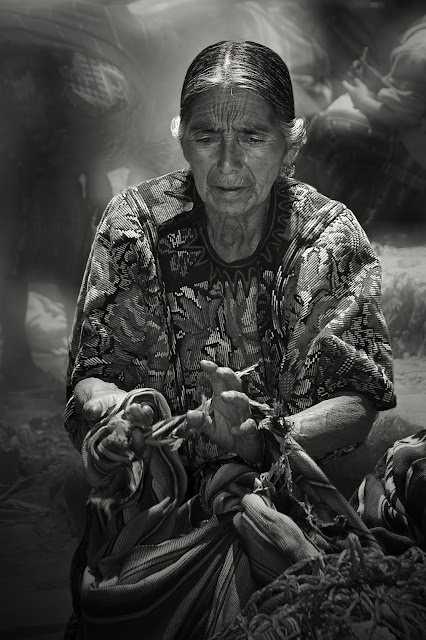 I was also contacted by the editor of Photoshop User magazine about the possible inclusion of the photograph in an upcoming issue.

Posted by Tom Bell at 4:23 PM No comments: Links to this post

Bottle in a Window

This weekend, my family and I drove to Kentucky to visit my Mom.

The spring is early this year, and as usual, I brought my camera.

Soon after crossing over from Illinois, we stopped at the Whitehaven rest stop in Paducah.  Whitehaven is a majestic old mansion, originally built in the 1860s and converted into the mansion it is now in the first decade of the 20th century.  At some point, it fell into disrepair and then into ruins.  However, in the 1980's there was a concerted effort to restore the building, and it is now a beautiful structure maintained by the state as a rest stop and tourist attraction.

While the building looks like something out of Gone with the Wind, we were running late and I didn't have much time.  Instead of running  around the building doing architectural photography, I found a frosted window right outside the men's restroom with a bottle of spring flowers.  I made that my subject. 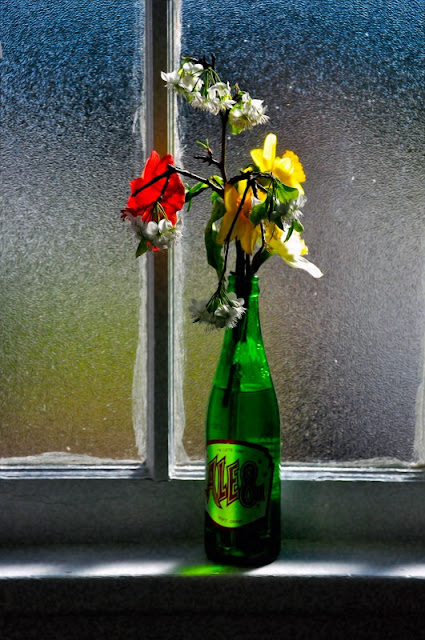 I was blocking the entrance to the restroom and had to move out of the way several times to allow people through.  But after a few dozen shots, I was satisfied that I had the shot I wanted.

The lesson in the story:  look for the shots wherever they are.  Just because you have a big, beautiful, historic building to shoot doesn't mean you have to do it.  Maybe the shot is sitting in a window, waiting to be discovered!

You can view my website at:  www.tombellart.com.
Posted by Tom Bell at 12:25 PM No comments: Links to this post

Last week, I totally redesigned my website.  The idea was to provide an attractive, user-friendly gallery.  The site skipped the homepage altogether and went directly to the gallery.

After multiple questions about what happened to my old homepage, it's back!  The gallery is still new and far more user-friendly than the previous one, but the classic look of the original homepage is back.  I agree with the complainers:  the old homepage still works best as a gateway to the new gallery.

Let me know what you think.

http://www.tombellart.com/
Posted by Tom Bell at 3:55 PM No comments: Links to this post 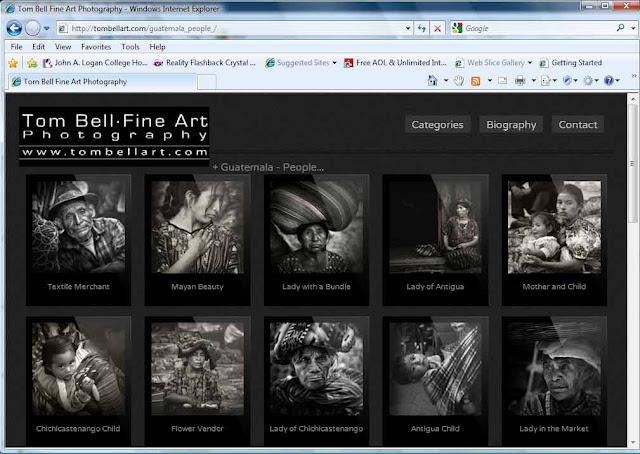 Please check it out and let me know what you think.

My website is at: http://www.tombellart.com
Posted by Tom Bell at 6:44 PM No comments: Links to this post