I was pleased to learn that my portfolio of Guatemala portraits won first place in the non-professional division of the Worldwide Photographic Gala Awards/Pollux Awards. 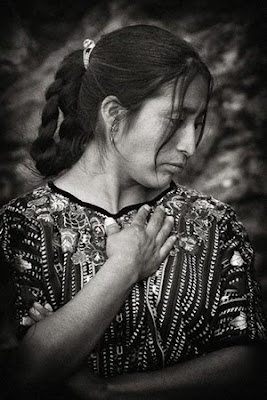 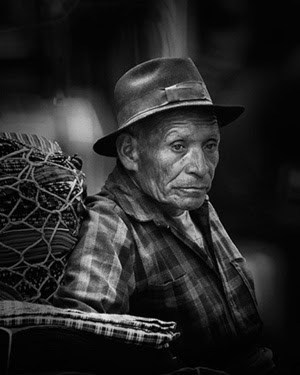 There were 18,912 entries from 65 countries.  Congratulations to all of the winners and honorable mentions.
The winners announcement can be seen at:  http://www.thegalaawards.net/announcements/2010-pollux-awards-awardees

You can view my website at:  http://www.tombellart.com/.
Posted by Tom Bell at 6:24 PM No comments: Links to this post

Children are the Best Photographic Subjects

Most of the time, I don't really want people staring into the lens of my camera.  With children, it doesn't really matter -- because you get an honest image that tells something about the subject.  My example is below:  Mayan Indian children at a rural school in Chimaltenango, Guatemala.  As school children, they are curious as school children should be.  Their curiosity is reflected in every face.  Who is this with a camera?  What is he doing at my school?  What is this all about?  Why is he taking our picture?

Posted by Tom Bell at 3:25 PM No comments: Links to this post

The Zoo and Playing with PixelBender

My family and I went to the St. Louis Zoo yesterday.  It was the first truly springlike day of the year -- so I brought my camera.  I photographed many of the animals, although I had no intention of using any in my fine art photography.  I also photographed some ornamental grasses, which do have potential as fine art.

It was the prairie dogs, however that gave me a subject to play with in PixelBender.  PixelBender is a plug-in available for free download from Adobe.  It gives you the option of adding paint-like effects.  More work is still needed in Photoshop to achieve a finished look, but it give a great start on a fun project.  It's certainly not fine art, but it's a picture that could be printed to canvas to please any prairie dog lover.  Be sure to click on the image to get a better view of the brush strokes.

As for the ornamental grass, it begs for a black&white sepia treatment.

Posted by Tom Bell at 12:06 PM No comments: Links to this post

I received word this morning that I'm a Gold Award winner in the Worldwide Photograhic Gala Awards Portrait & People competition.  I'm also a finalist in the Pollux Awards to be announced later in March.

﻿
Congratulations to all the winners and participants!

You can view my website at:  http://www.tombellart.com/.
Posted by Tom Bell at 6:16 PM No comments: Links to this post

The Price of Gas: A New Conspiracy Theory (with Photographic Proof)!

An ordinary day, what appears to be the usual commute to the office:  Who would think I would uncover the greatest dastardly scheme to befall the innocent American consumer!
I leave home for work, then four minutes later as I’m going by the local convenience store, I have an irresistible urge to use the bathroom -- unusual to say the least.  I rush in only to find a line of people at the restroom doors  -- again, unusual at just after 7:00 in the morning.  Some of them are jumping up and down and muttering lines such as,  “Hurry up, I’ve really got to pee.”
“Wow,” I say to myself, as the line grows behind me,  “who would think there’s such a line for the bathroom.”
Finally, I use the facilities, then like everyone else who had been in line, I leave with some snacks and a drink.  I’m already stopped, so I fill the car up with gas before getting back on the road.  At this particular place, unleaded is going for $3.39 a gallon, six cents cheaper than some of the stations only a couple of miles away.
I pull back onto the road, then, glancing through the rear view mirror, the answer to the bathroom queue is revealed to me on the electronic billboard announcing the price of gas.  It’s a conspiracy to make people pee!  I know, I know, you think I’m some kind of ranting loon like Mel Gibson in the Conspiracy Theory movie; actually, you think I make him look sane. But it’s true and the proof is reflected in my car’s rear view mirror.  I’m on to them and they can’t stop me from telling the truth.  As I’ve told you before in by blog, always carry a camera.  Who would think it could prove the greatest mad plot of the twenty-first century?

﻿
﻿﻿﻿﻿﻿“Oh, just a coincidence,” you say.  A mirror image of the word "pee" on the gas price sign -- just a coincidence?  I think not!  If the price had been $3.45 instead of the ever-so-clever $3.39, the hoards wouldn’t have been stopping to empty their bladders.  They also wouldn’t have been leaving the store with sodas, coffee, beef jerky, and pricey reflective stickers of Justin Bieber.
Now, we must ask just how widespread is this conspiracy.  Are there hundreds, even thousands of convenience stores with the secret to the billboard that will subliminally force us to pee, then buy all sorts of unneeded food and trinkets as we leave the store?
I demand an investigation.  Who is behind this sinister manipulation and what is next on their agenda?  Look in the rear view mirror at your convenience store and let me know if this insidious conspiracy has reached your neighborhood.  Warn your neighbors, friends, and family before it’s too late.  Contact your elected officials. And when you feel the urge to pull into a convenience store to use the bathroom --resist.  That’s when you know they’ve gained control of your mind.
Let’s stop this mad conspiracy.  If you pee, the bad guys win. Please don’t pee!
You can view my website at:  http://www.tombellart.com/.
Posted by Tom Bell at 6:55 PM No comments: Links to this post